For the uninitiated, Egypt and Turkey have competed for centuries for the primacy of the “birthplace” of oriental dance: the land of Tutankhamun and that of Ataturk offer however quite different versions. The Egyptian style is the most widespread thanks also to the fact that Egypt is a great film producer and started the commercial phenomenon.

But even Turkey can boast an ancient tradition by proposing a style that differs quite a bit from the Egyptian one: in fact, the music that accompanies the performances changes and the appearance of the dancers that show a less composed and more showy bearing, wearing more skimpy costumes and heeled shoes. The movements of the dancers are quite energetic and also include movements on the ground such as bending backwards and pushing forward with the hips. Also for this reason it is not uncommon for them to wear harem pants. 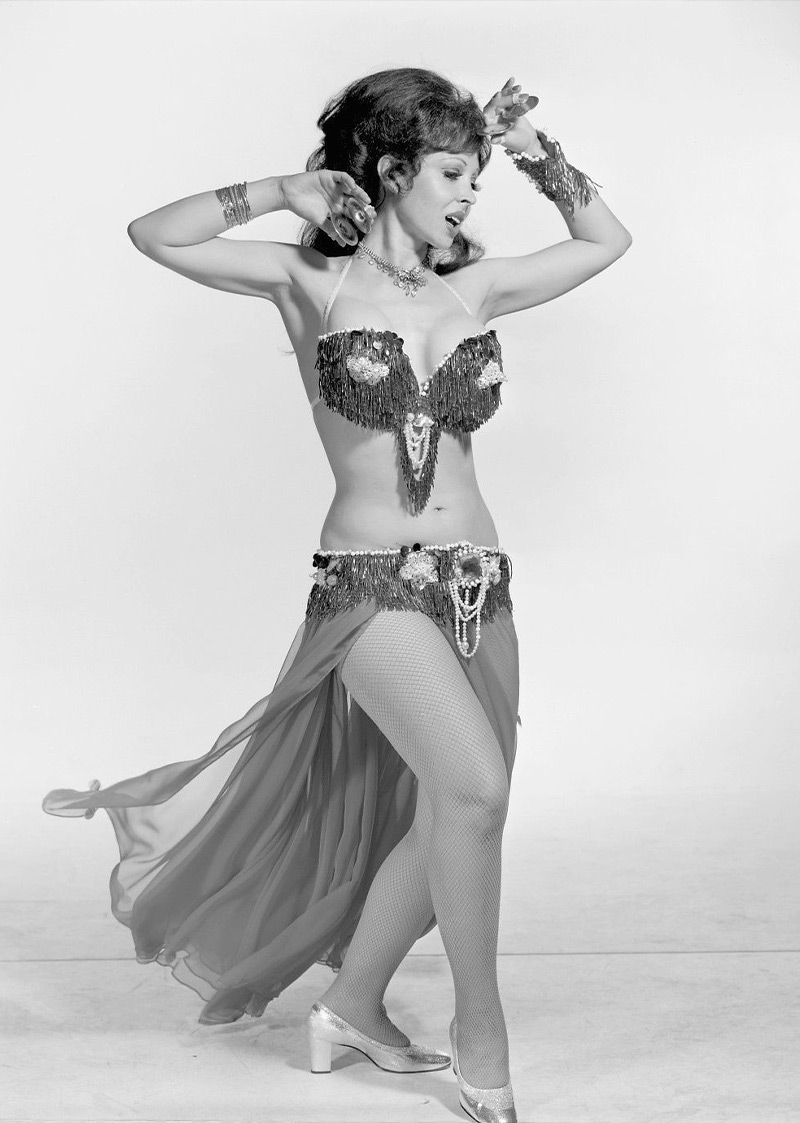 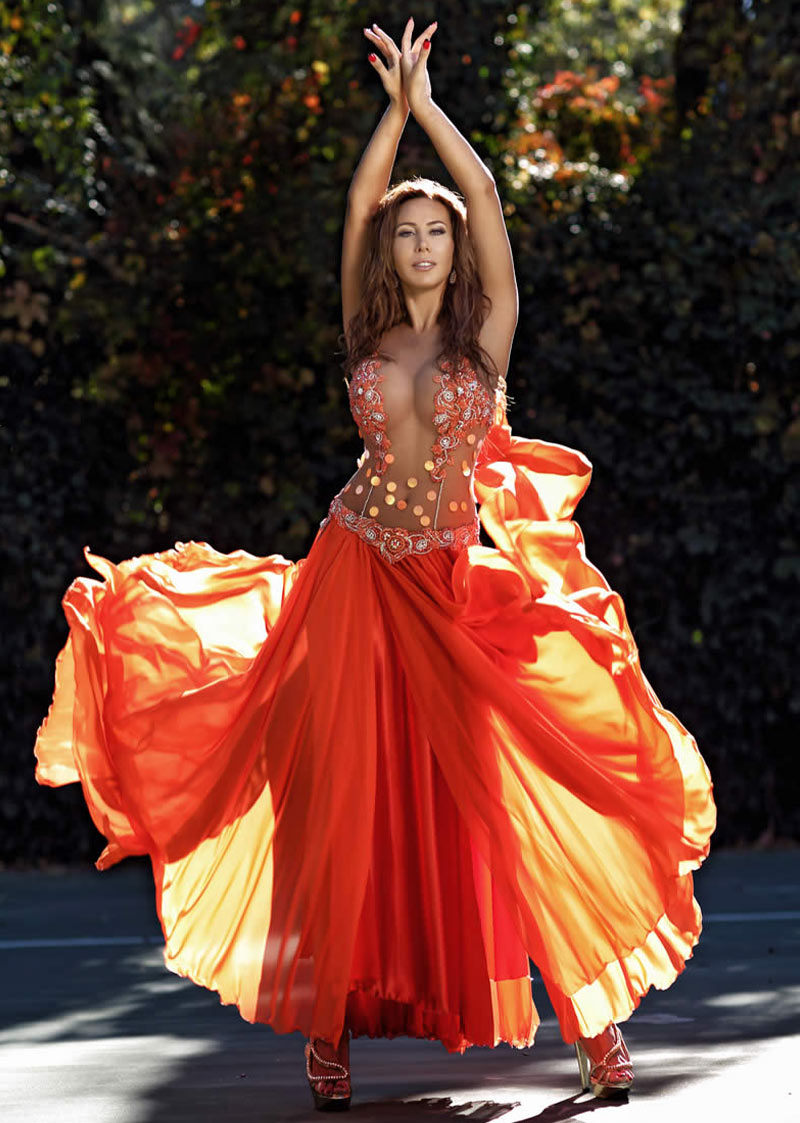 The greats of Turkish oriental dance or – turkish belly dancing – are many; and all of them have contributed to making this style of dance known until today. These artists were so loved, that they gave them the nickname “Turkish Delight“, just like the delicious, fantastic Turkish sweets.

A famous dancer was Emine Adalet Pee, born in 1909; began to dance at the age of 14, married a German and moved to Germany; he danced on renowned stages in the presence of famous people. She was so famous that they made a private carriage available for her train travel between Berlin and Vienna. It was also known in America, Egypt and England.

Nergis Mogol was born in 1923 and already at the age of three he performed on stage. It was not only famous in Turkey, but also in Baghdad, Damascus, Beirut and Kuwait. Its teachers were Nimet Alp, Meline Cemali, Türkan Samil and Saliha Tecnici; in the 1950s it was at the peak of its success and made a stop in the states of America, in the Mediterranean and in the East. 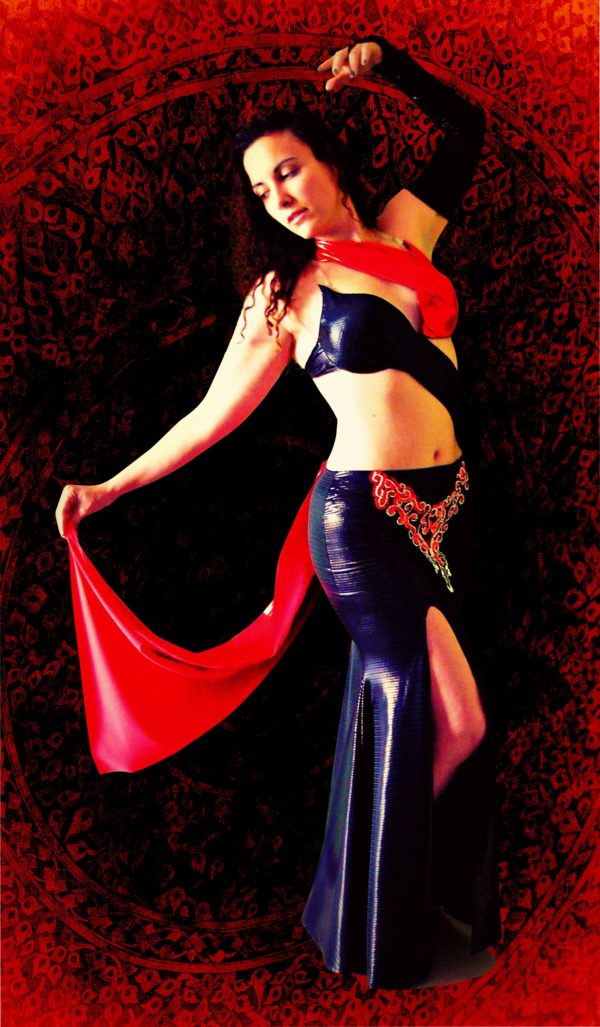 There was Hülya Alp, then Necla Ates, who received not only in Turkey but also in America an enormous success; he made several films in Hollywood. Admired by the general public, she was given the nickname “Turkish Delight”, her famous fire dance – fire dance-; later they called her on Broadway and gave her a part in the musical “Funny”.

Another great of the Turkish oriental dance both in his country Turkey and in America was Özel Türkbas; it must be said that the Americans’ preference for this dance was remarkable, several American women learned from her, how to “make their husbands sultans”; in fact, in addition to performing on stage, he also gave dance lessons. In Turkey he was part of several films, for example the Turkish version of “Ali Baba and the 40 thieves”.

Ayse Nana, the dancer with long black hair, sensual lips and sinuous and voluptuous curves, the dream of those times, was the first who performed a striptease in the 1950s during the dance; very famous in Italy, always present and much discussed on the tabloid magazines.

In the 60s there were the legendary Semiramis, Babus, Inci Birol and Semra Yildiz.

Another legend of the 1960s was Aysel Tanju who became famous for his sensual dance in a trance-like state; she was nicknamed the “goddess of sensuality“, not for the skimpy costume, but for the passion and eroticism that emanated during her dance.

A great talent was Özcan Tekgül, born in 1941. His dance was like a dream, specialist in dance on the ground. In 1967 he made a bet and won the world record of dance on the ground with six and a half hours; he made several appearances in several films.

In the 60s were Leyla Sayar, Birsen Ayda, Nilüfer Aydan, Tehiye Salem, Sedef Türkay, the sisters Gülay, Rezzan, Fatma Girik, Mehtap Deniz, Semire Semir, Nilüfer Aydan, Saliha Tekneci, Funda not to forget Zennube to whom the song was dedicated which bears his name by title. Yanar, Ates Yildizi, Semra Özge, Yüksel Senkaya who danced on the ground during the show, while the musician played the kanoon musical instrument, resting on her. 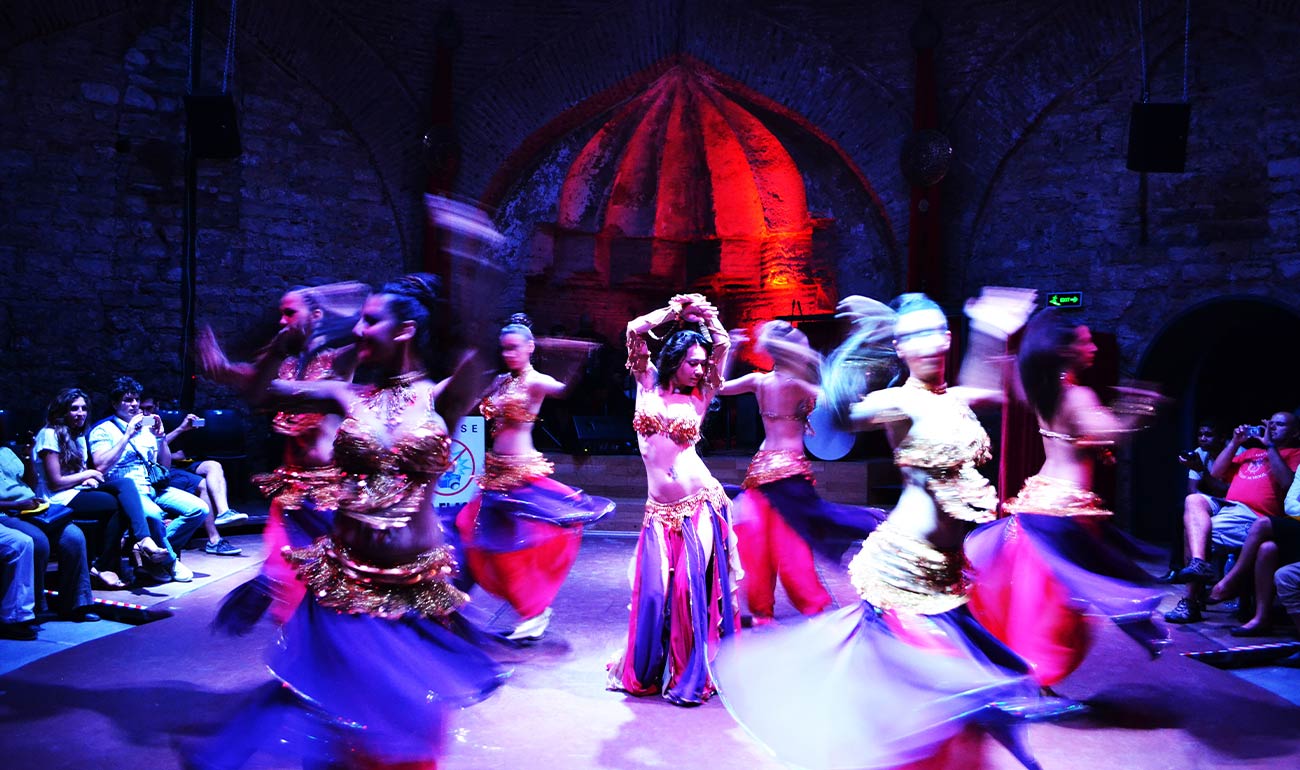 Currently, the two most famous Turkish belly dancers are undoubtedly Didem and Asena.

Didem started dancing from an early age, earning a certain degree of international recognition by appearing in Turkish television programs.

Asena, whose real name is Onur Çakmak, was born in Germany and returned to Turkey when she was 15 years old. She studied at a Turkish university while graduating from the LCC Modeling and Elegance School. Her style may or may not like it, but personally I really like the very energetic and confident sensuality, especially in the performance with the Arab percussion. Her scandal-filled love affairs have made her a target for tabloids, and she often performs on television shows. She made an album with another famous singer in Turkey called Ibrahim Tatlises. There is no doubt that she put the belly dance back on its feet and placed it prominently on the agenda of the Turkish public.