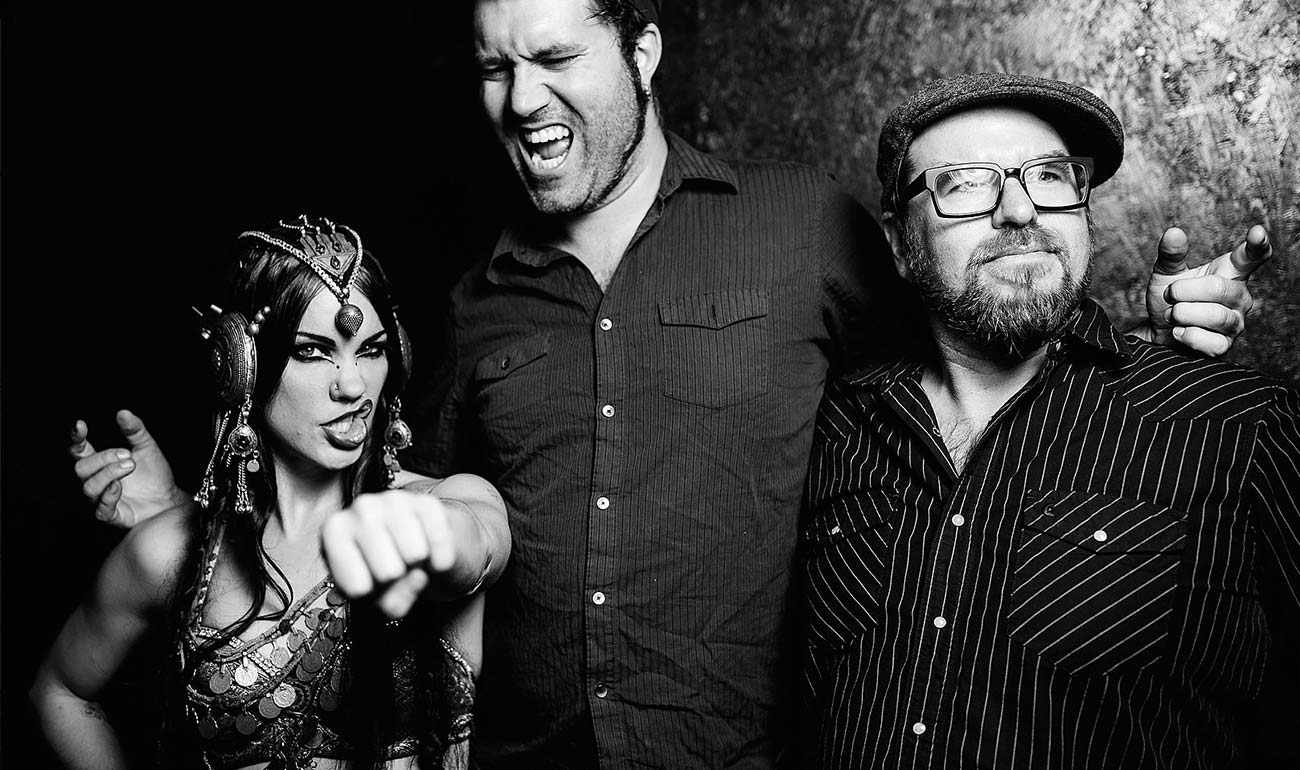 The tribal music of Beats Antique

Raise your hand if you have not heard and/or danced a piece of the Beats Antique at least once in class or at a Tribal Fusion dance show!

This experimental group of electronic and fusion music was born in 2007 in the USA and has become famous both for the mix of different genres, but also and above all for the spectacular performances of Zoe Jakes, which embellishes their shows with its unmistakable style.

The sound of the group is a union of old and new inspirations, with infusions of Middle Eastern music, down time, hip-hop, old school jazz, afro-beat and various styles of electronic music. Musicians have been influenced by their different musical backgrounds and use many live instruments to produce their truly unique and virtuous style. 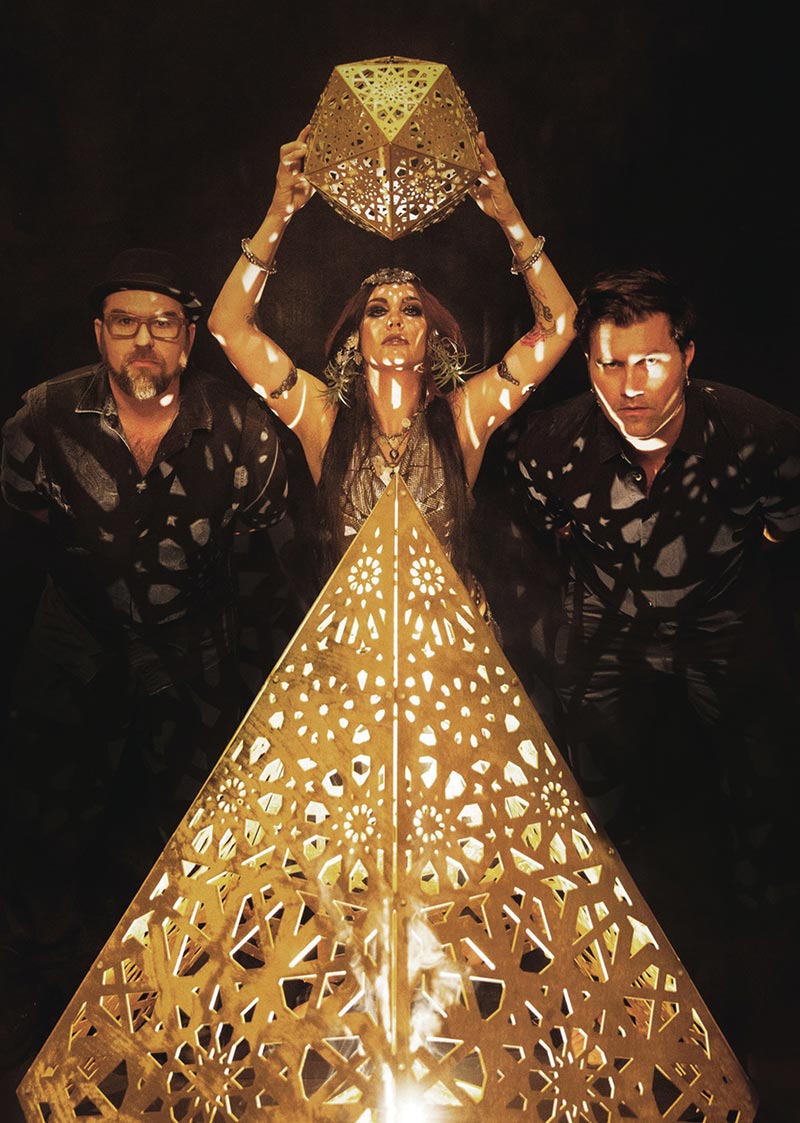 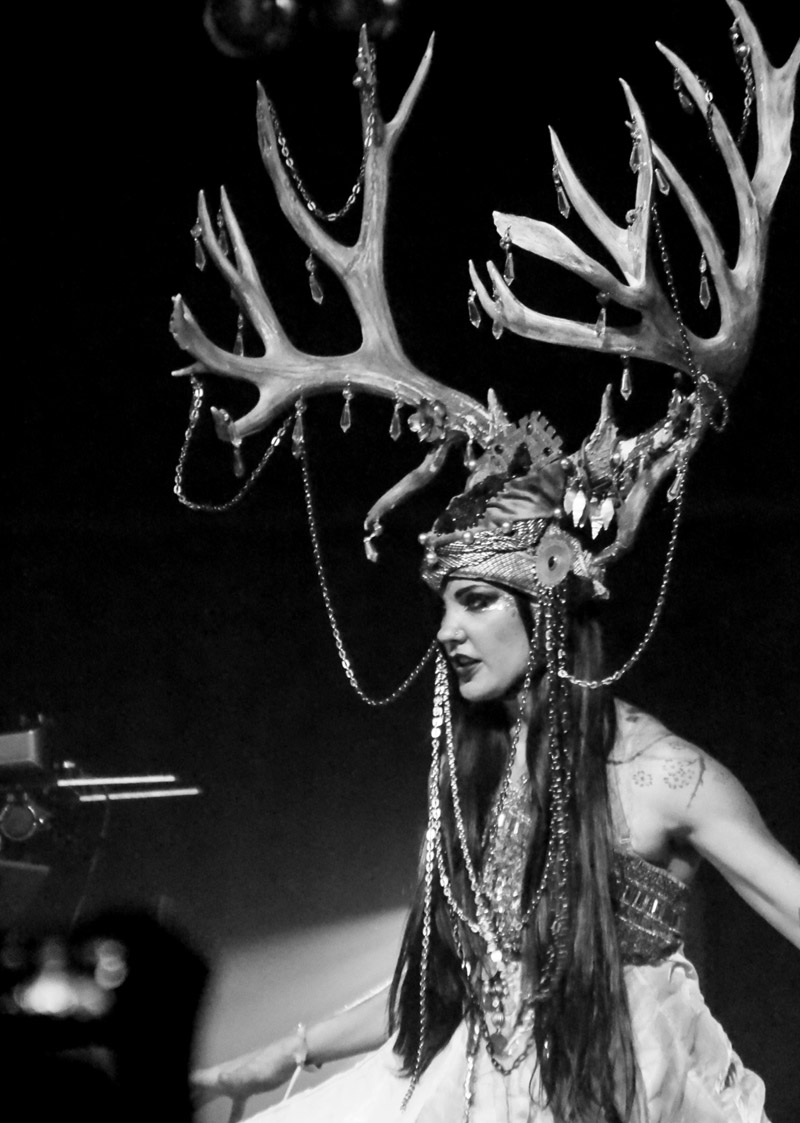 WHO BEATS ANTIQUE ARE?

DAVID SATORI, born in Burlington, Vermont in 1979, began playing music while at Burlington High School, and graduated from the California Institute of the Arts in performance and musical composition. While attending the latter, he forms an experimental instrumental group called The Funnies, with whom he records two albums and makes an eco-bus tour touring entirely with recycled vegetable oil. In 2003, Satori moved to San Francisco to join Afrodesia, an afro-beat group consisting of ten musicians. With them he makes a tour in the United States and one in Nigeria, traveling throughout West Africa: the group tour ends with a performance at the New Shrine in Lagos, in a place built by the son of the composer and musician Fela Kuti, who later joins the group and inspires David to produce their 2007 album, Lagos by Bus. 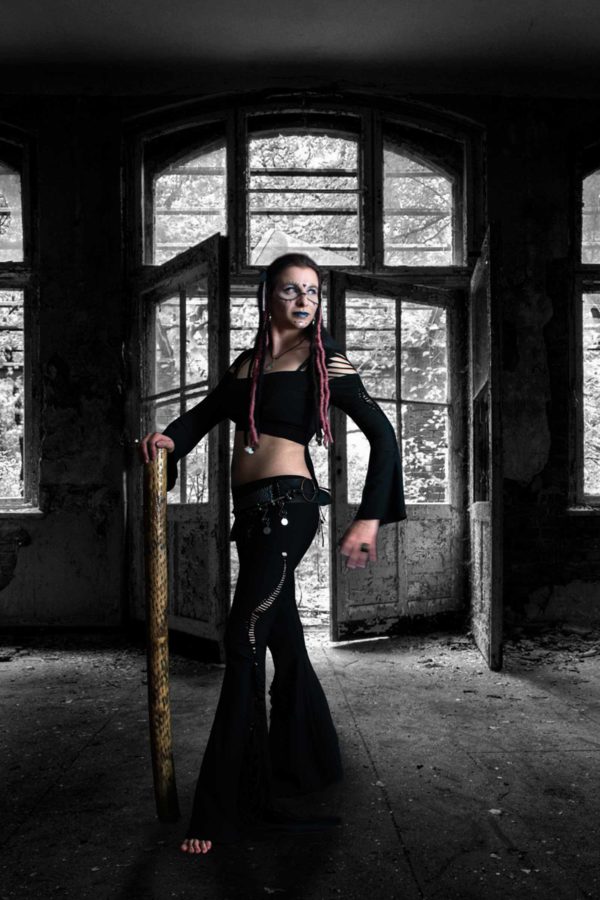 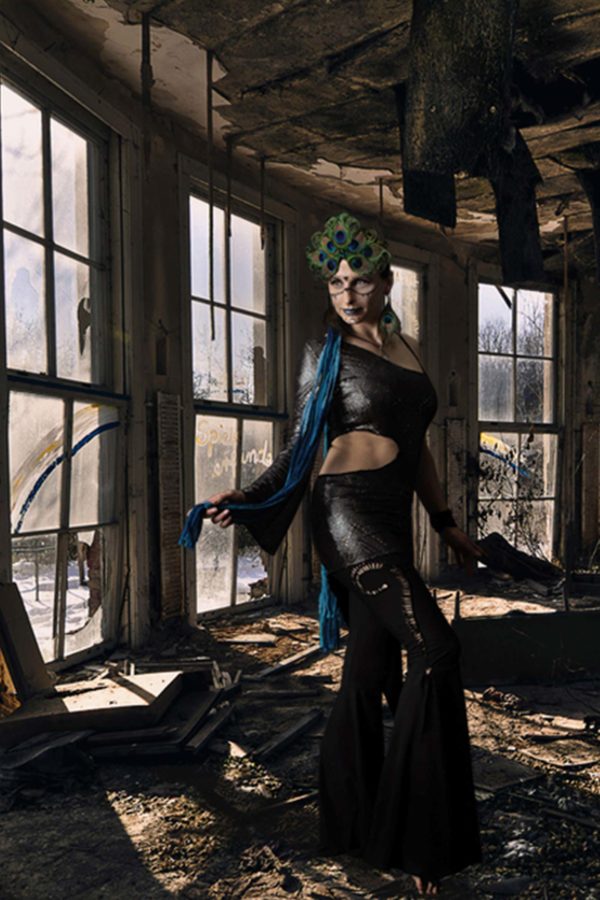 ZOE JAKES started studying oriental dance in 2000, but she already had 10 years of classical and jazz dance behind her. His is a mixture of traditional oriental dance, tango, popping, Indian dance and much more. She was a member of the Suhaila Dance Company, created by Suhalia Salimpour, and four years later, in 2005, she started dancing and going on tour with the Bellydance Superstars. He toured the Yard Dogs Road Show for five years, and performed with the Extra Action Marching Band. He participates in numerous festivals, including Coachella, Lollapalooza and Bonnaroo and tours with the Yard Dogs Road Show and the Extra Action Marching Band. In 2007, she was named best interpretive artist by Zaghareets magazine. Zoe and David Satori met in 2004 in San Francisco and started working with Ableton Live, experimenting with electronic music. They then got married in 2007, and have recently had a baby girl.

TOMMY CAPPEL grows up in Fairfax, Virginia. Son of two music teachers, he was always surrounded by music, and at six years of age he was already playing his brother’s drums. Influenced by his father’s jazz vinyls, rock and heavy metal, he is also very fascinated by percussion. In the 90s, he attended the Berklee College of Music in Boston and graduated in drums. In Berklee, he studied modern jazz and that of New Orleans, bebop, and world music. Tommy learns many different rhythms from jazz when one of his teachers needs to transcribe African and Arabic rhythms on drums. After graduation, he moved to New York City and began exploring different types of genres. When a group of friends and musicians move to San Francisco, Tommy joins them. Meet Zoe when they are both members of the Extra Action Marching Band, and get to know David by playing drums for a post-Burning Man decompression party. 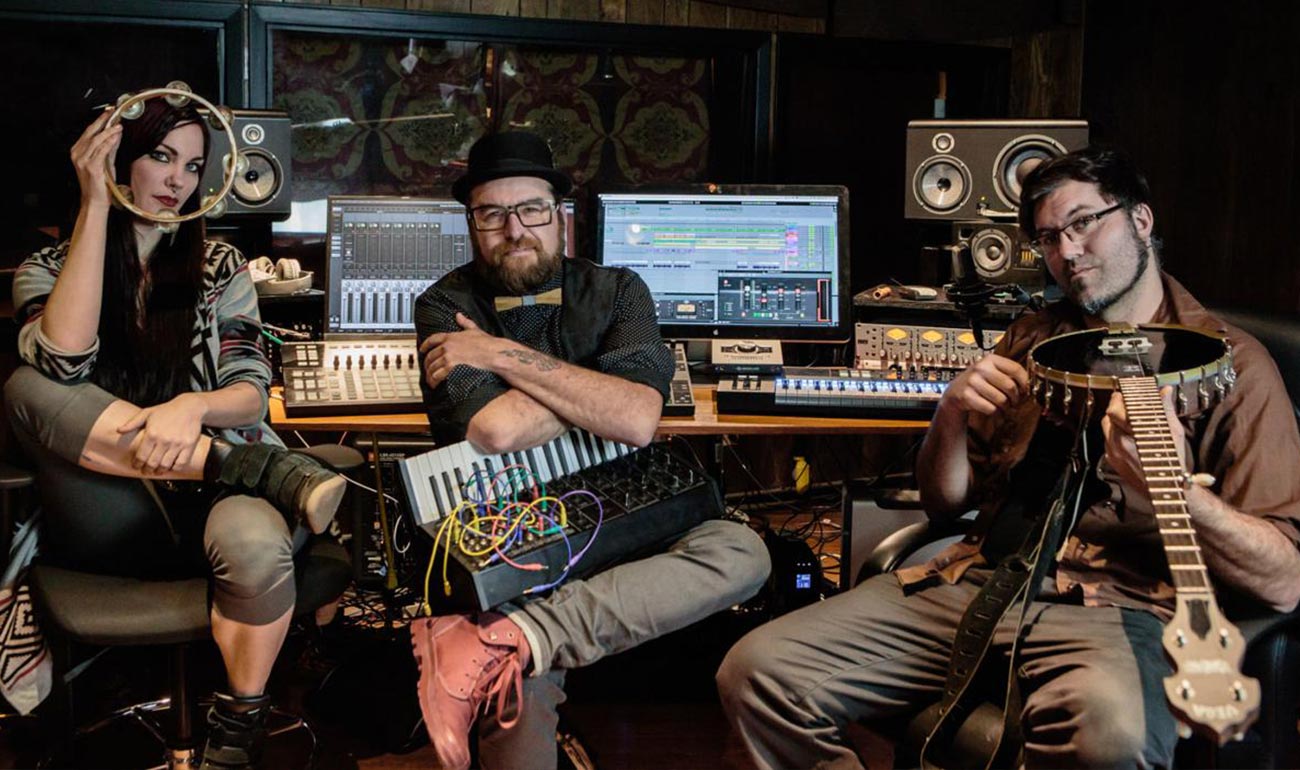 During the ``Creature Carnival`` tour, the participants in the shows were encouraged to dress wildly and personalized masks.

It all starts when Zoe asks her manager Miles Copeland (brother of drummer Stewart Copeland of The Police) to create an album. Miles gives the green light to the debut project, which takes the name of Tribal Derivations, a concept album, created to integrate Zoe’s dance styles. The group’s second album, Collide, reaches the top 10 of the most downloaded artists in the Middle East and World Dance and the top 20 most downloaded electronic albums on Amazon. For their third album, Contraption Vol. 1, Beats Antique involves dulcimer player Jamie Janover and beat and hip hop singer LYNX. In 2010 the album Blind Threshold was released, presenting the harmonic musician John Popper of Blues Traveler. The Elektraphone album from 2011 is supported by a tour of 26 cities. In 2012 it is the turn of Contraption Vol. 2, which sees the collaboration with the Balkan Brass Band, Brass Menazeri, the voice of the hip-hop singer LYNX and a remix of “Filistine” by Colony Collapse. In October 2013, they published A Thousand Faces: Act I, followed by A Thousand Faces: Act II in April 2014. Artists include Alam Khan, LYNX, SORNE, Micha & Leighton, Antibalas. Les Claypool.

In the fall of 2014, they toured with Shpongle (Simon Posford DJ Sets), Emancipator and Lafa Taylor as part of their “Creature Carnival” tour. With carnival-themed artists specific to each city, audience participation and craft events surrounding four “Creatures” (Light Saber the tiger, Al Eyes the owl, Jackie Lope the antelope and Squidzilla the squid), the participants in the shows were encouraged to dress wildly and wear personalized masks. Two of these performances, in Denver, Colorado and Asheville in North Carolina, were collected in their latest release, entitled Creature Carnival Live.