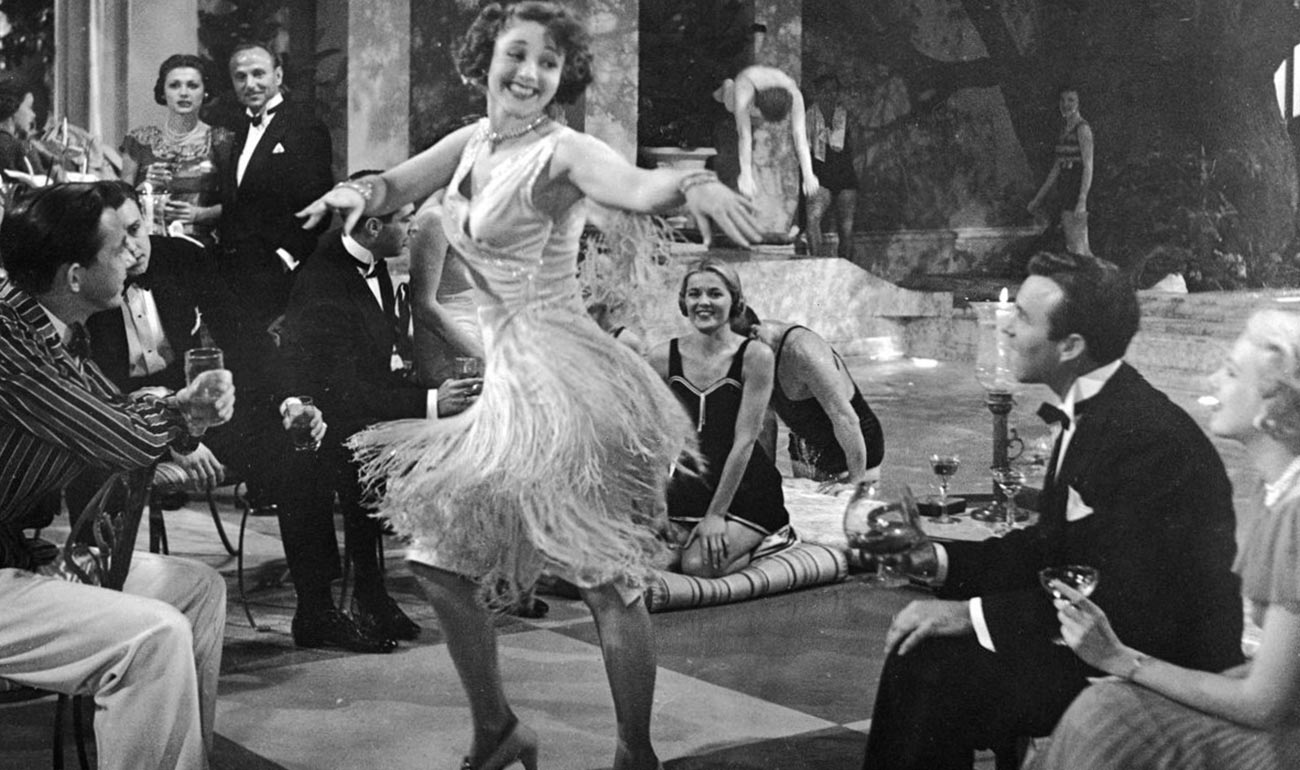 The years from the end of the First World War to the 1930s are called “The Roaring 1920s”. This may already explain the enormous change that society undergoes, especially as regards the female universe and fashion. The freedom that women now breathe is perfectly reflected in fashion and stylists take the opportunity to be able to create clothes with more colorful and lighter materials, decreasing forms of constriction, such as corsets and bustiers, typical of the Victorian era. 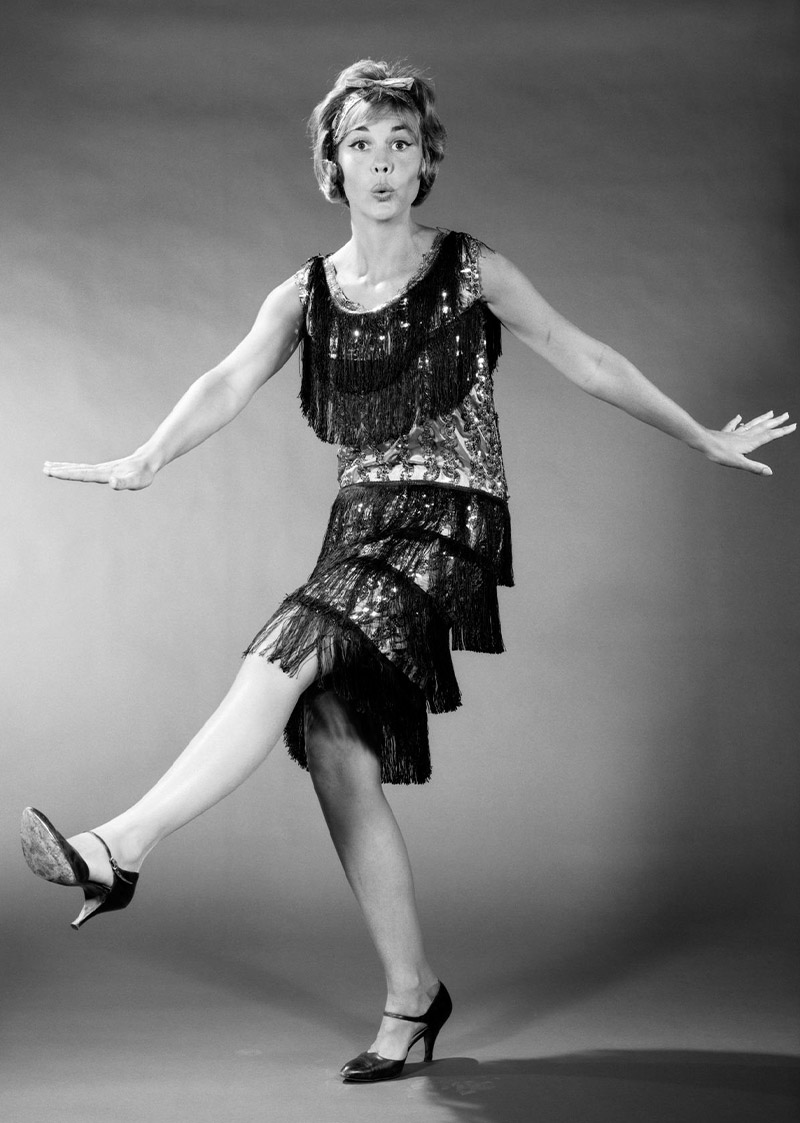 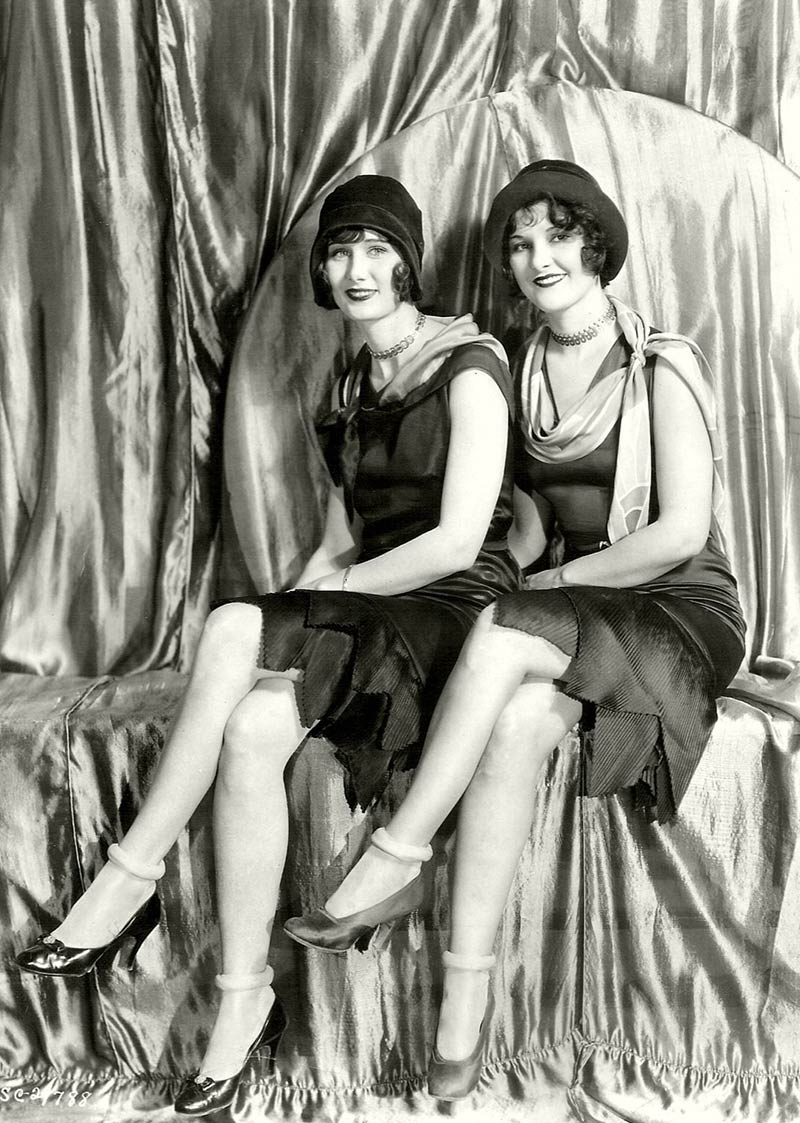 The 1920s clothes became very short and the first synthetic fabrics began to be used, also due to the scarcity of materials during the Great War. Tailored suits are replaced by ready-made clothes, which can be purchased in the first department stores or by mail through the catalog. The shapes become thinner, the straight line reigns, the shirt dress appears, very short, straight, with the belt at the height of the hips, most of the times without sleeves. The dress has the same shape all hours of the day, only the fabrics and accessories differentiate the day dress from the evening dress. Consequently, even in dance clubs, where jazz music is spread, the clothes are comfortable, practical, light and low-cut, with legs hidden by strategic fringes; perfect for dancing Charleston.

The 1920s also saw the rise and triumph of Coco Chanel, an absolute icon of timeless elegance. It was in 1926 that her black jersey sheath dress (le petite robe noire) debuted, still considered today the fundamental garment of the female wardrobe, iconic if accompanied by a string of pearls. 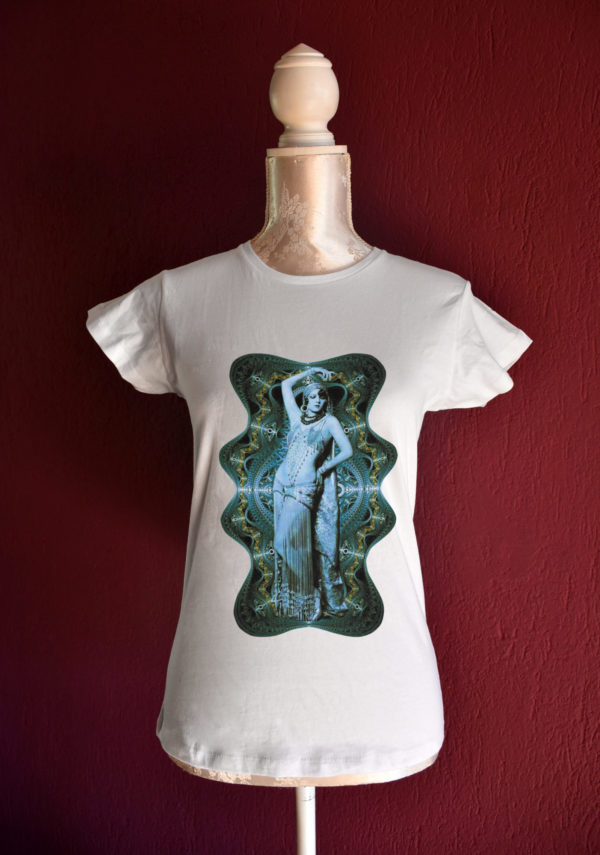 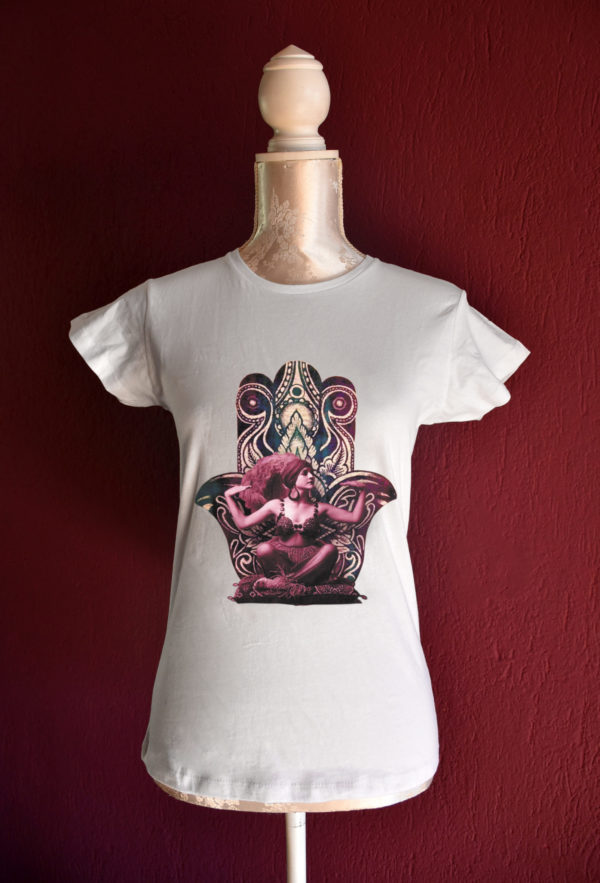 THE EMANCIPATION OF FLAPPER GIRLS

There is no doubt about the great influence of a new musical genre from the USA: jazz. The girls who frequent these places have a very marked and theatrical make-up, they wear short hair (the Bob cut), sometimes they wear men’s clothes (à la garçonne), but often they prefer short and fringed dresses called Flapper, from which the name of Flapper girls. They smoke in public, love to drink alcohol in the same way as boys, talk about sex, and drive the car alone… in essence they break any moral barrier. The figure of the Flapper has appeared in many films. Among the most recent are Midnight in Paris, and The Great Gatsby, by Baz Luhrmann.

Even Hollywood embraces this style in its microcosm also made up of pharaonic “Gatsby” parties and social life. In 1926, Broadway star Alla Nazimova transforms her West Hollywood estate into the Garden of Allah hotel, and also attracts characters such as Greta Garbo, Laurence Oliver and the Marx brothers. After a decade, the Garden becomes the Hollywood “living room”: Humphrey Bogart, John Barrymore, Charlie Chaplin, Vivien Leigh, Gloria Swanson, Errol Flynn, Lillian Gish and Dietrich all lived there or they made so many receptions that it almost seemed like it. On Sundays, Nazimova organizes women’s-only parties to take care of those naive girls who have just arrived in the city. Instead of the villa, currently there is a McDonald’s.

A new idea of modernity, which affects ever wider layers of society, warns us that we are now far from the culture of the nineteenth century, it is closely linked to the market and the spread of new technologies, but the trend towards consumption is not limited to needs more immediate: goods such as the automobile, cinema, radio, but also the gramophone and the phonograph, penetrate the life of the average American, radically changing not only the organization of his life, but the very way of conceiving it. 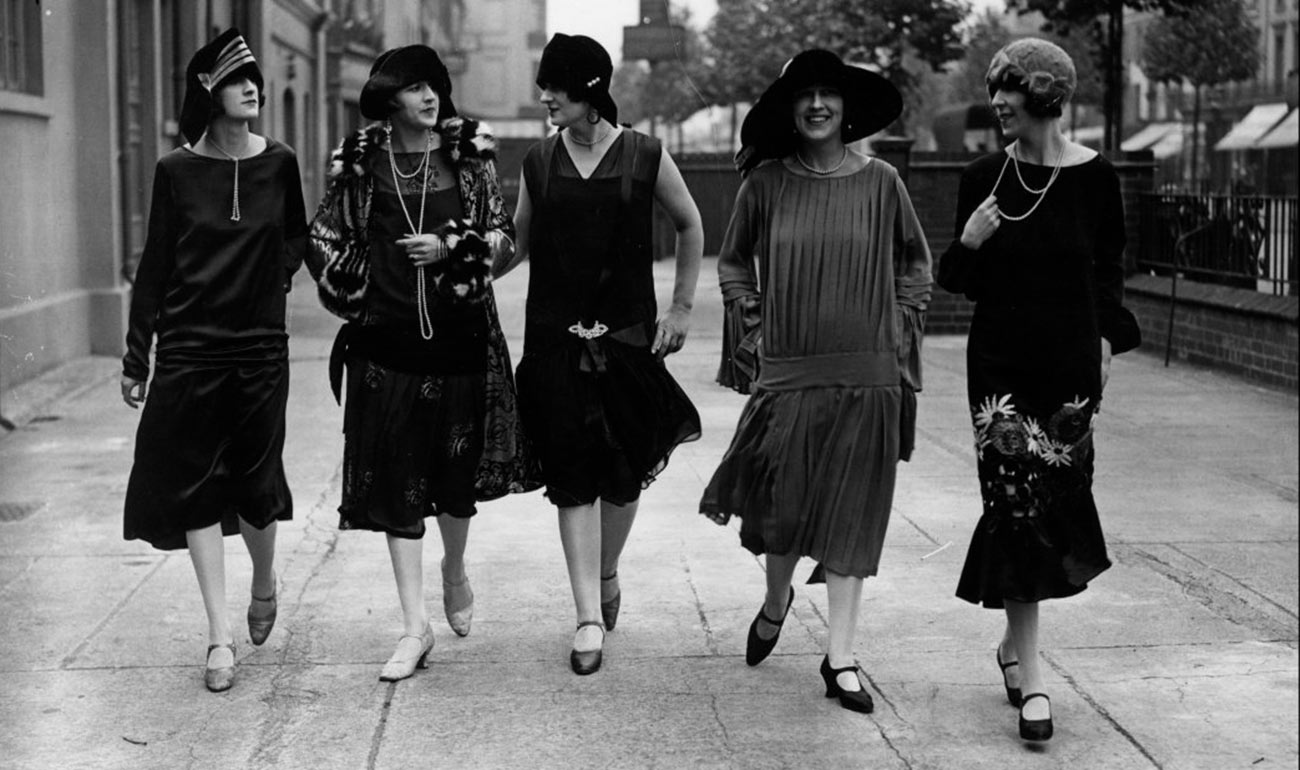 Flapper girls smoke in public, love to drink alcohol, talk about sex, and drive the car alone: they break any moral barrier.

An example of this change of mentality can be found in a very popular dance in this period: Charleston. The name derives from the homonymous city of South Carolina, Charleston. The music on which it was danced originates from the song “The Charleston” by James P. Johnson. Charleston is a wild dance, characterized by frenetic movements to the rhythm of braking music. It represents the starting point of an evolution of swing dance, which with the encounter of African-American music has created other types of dance.

In reality, the girls of the time began a path of emancipation that led them to have more and more weight in society. In this sense, it seems absurd that almost 100 years after this movement we still talk about equal opportunities, harassment, equal rights.